all credit to original artist

Welcome to the Spring update! It’s been a while since the last update, so this one is full of new and exciting content. And it’s not just limited to SnD this time! If you haven’t caught on from the banner or the big, bold letters just a little below, there’s something entirely new that’s just been added.

This update will be live on Friday, March 12.

Now then, let's get into the details!

In the latest fresh update to the Athios hub (Kingsten-brand, only the best), walk over to any suitable body of water to obtain your fishing rod. Cast your hook and wait! Catch fish! Treasure! Trash… Just like normal fishing!

Of course, it’s not limited to your standard cod, string, and books of mending. Catch over 30 different types of fish! Reel in rare treasures! Fish up… string… Everything you fish up will be collected and tracked in your Tackle Box, accessible whenever you’re able to fish!

As you fish away, you’ll earn xp, based on the fish species, size, and rarity! (You also gain lots of xp for treasure! And some xp for trash, I guess. At least it’s not in the water anymore.)

And with xp, what do you do other than level up??? Wow! Level up to earn credits, points, eternal glory, and new fishing rods! Guaranteed! Other than the third one. Haha, just kidding. Eternal glory will be yours as well, thanks to our leaderboards!

Experience is tracked for every player, and players with the most experience will be shown on the new leaderboards in the hub! There exists both All-Time experience and Monthly experience leaderboards. 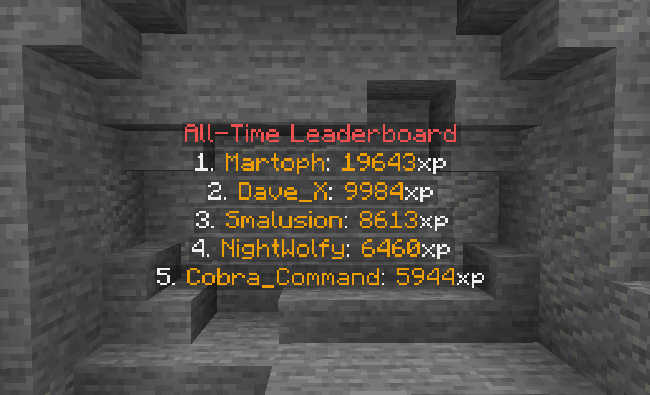 Try it out today on your favorite server mc.hyp play.athiosmc.com !

As a bonus note... VIPs do get an extra little something. Whenever you catch a very rare or very large fish, it'll be announced in chat!

Half of the past new kits have been seasonal, expiring a month after their introduction. Now, we’ve got a fresh one, with preservatives added. Well, not just one. Five.

Sabreur - A mobile fighter kit with the ability to lunge forward on a short cooldown, allowing it to easily enter or exit a battle. - 200 credits

Trickster - A stealth fighter kit that excels in fooling enemies. Its sword can send out a decoy, identical to the user, while simultaneously turning the user invisible. The decoy will move forward until it disappears or is destroyed. - 300 credits

Sorcerer - A ranged kit with the ability to cast powerful spells for mana, but has weak armor. Has access to a controllable mana bolt, a storm of slowing hail, healing, and a near immobilizing barrier. - 350 credits

Operator - A support kit that can heal allies at range. Has access to healing drones, which can be granted to allies, slowly healing their target. Drones are powered by an enemy’s life energy, healing more when the user deals damage. - 350 credits
Based on @Onett ’s kit idea Spirit!

Centurion - A supportive tank kit equipped with a shield to protect the user and their allies. The shield does not have much durability, but it slowly repairs over time. Though its shield is strong, its armor is not. - 300 credits
Stolen from @Elacain ’s kit idea Centurion! 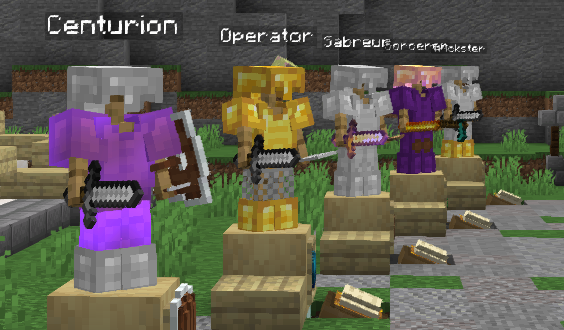 
Most kit prices have been re-adjusted! These new numbers are based on multiple factors, rather than being… well… a random number. Not listing them all here, check out the prices in-game!
Here’s some miscellaneous changes, with the thoughts behind them:

General - Out of combat regen added: After 10 seconds of being out of combat, players will be granted enhanced regeneration. (0.5 hearts a second). Critical hits added.

Sitting around waiting to heal is a part of life for every kit, unless you have a handy Medic nearby. And that’s sort of lame. With the current regen times, it can take over a minute to get back to full health. That’s a lot of time spent doing nothing. This change should allow players to get back in the game faster.

As for critical hits… They’ve been missing ever since RWF 2, where they were lost on implementing a non 1.9 PvP setup. Now, well, they’re back!

With its decent damage, debuff, and rapid rate of fire, Arbalist felt like a straight upgrade from Shortbow. This should decrease the gap, making it slightly more Support-focused.

It could be very difficult to storm a properly barricaded base, especially with blocks regenerating nearly as fast as they were broken… This aims to allow for more of an opening.

Berserker has been a high risk/reward kit, but the reward has felt a little lacking.

The ability to spam arrows can make Burst very powerful. This mechanic should make it vaguely possible, but at a much heavier cost. The exact numbers may be further adjusted.

Explosive’s RPG is a high-damage splash damage with little to no warning on use, its only penalties being self-damage and a cooldown. This gives it more of a warning.

Juggernaut’s traditional counters of fire and poison are less effective due to its increased health. This aims to make them more effective counters.

Trigger waddles across the map and has large periods of downtime. This should decrease those periods of standing still and waiting to become more stable.

Trooper - Apple absorption removed (same as Medic), now has 5 golden apples, up from 3.

In Eye of Ender, Trooper originally had 5 apples, no absorption, and a stone pickaxe. Some time later, Mojang buffed golden apples to grant 2 hearts of absorption, forever changing the standard kit of SnD. Its apple count was later reduced to 3 to compensate, but… Trooper has some of the strongest gear in this game, with full iron and a sharpness sword. Add in the 2 extra hearts and it’s nearly guaranteed to win any 1v1. This change sets Trooper back to its kit purpose as the ability to keep trooping on.

Venom - Chestplate given Protection I.

Wraith - Given a Golden Axe.

Some new maps have made it into the testing phase! 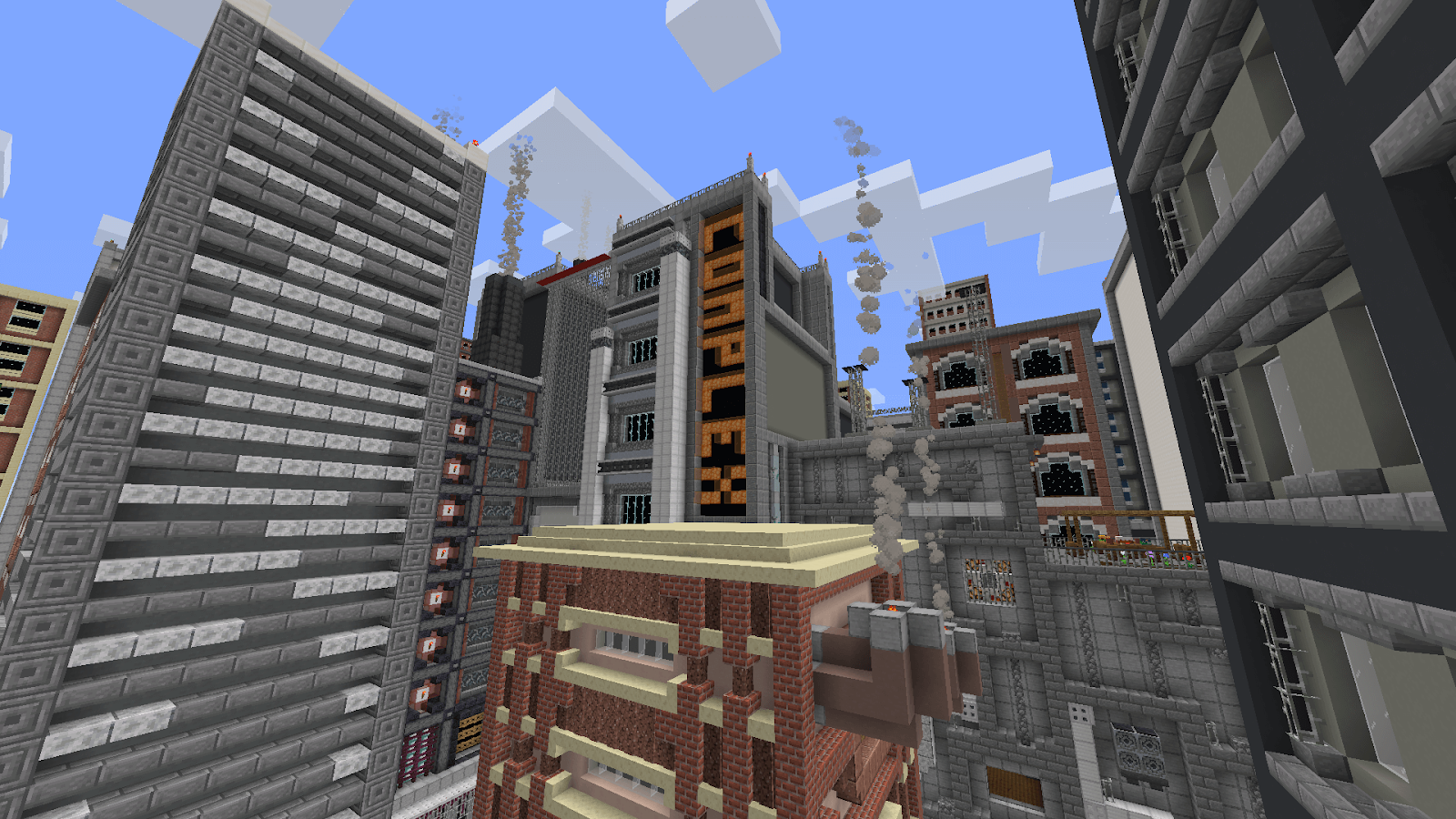 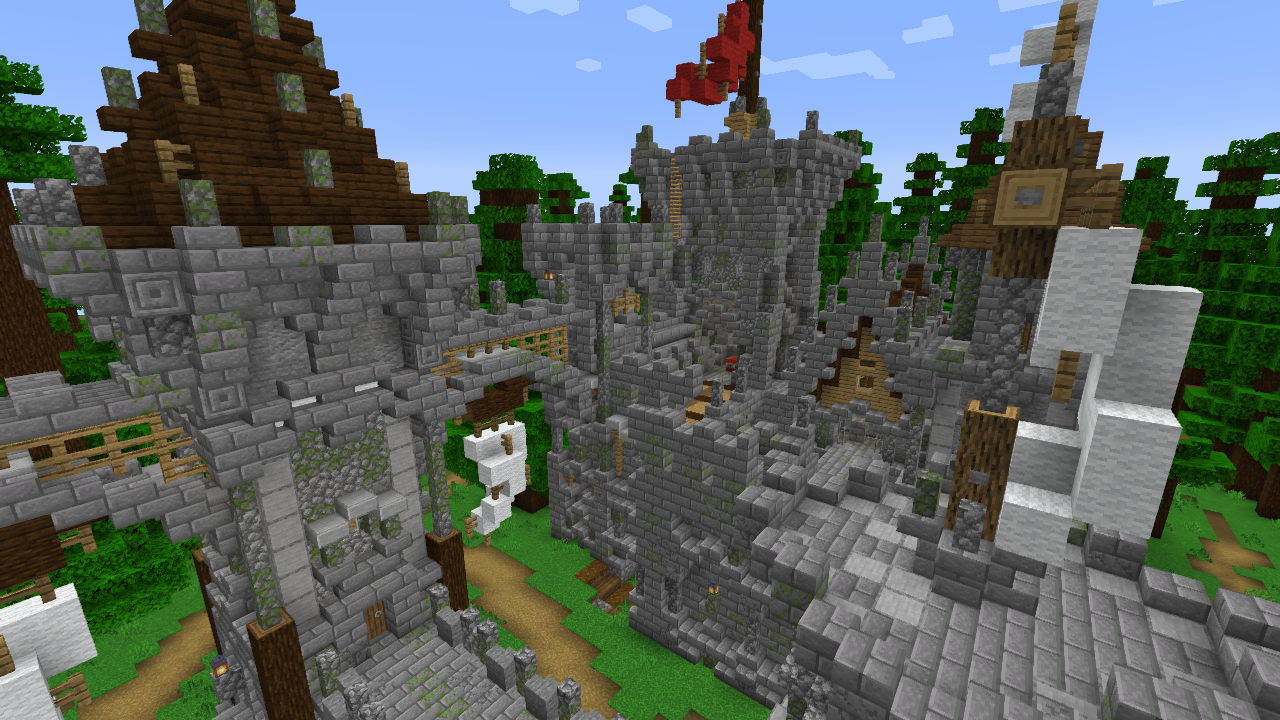 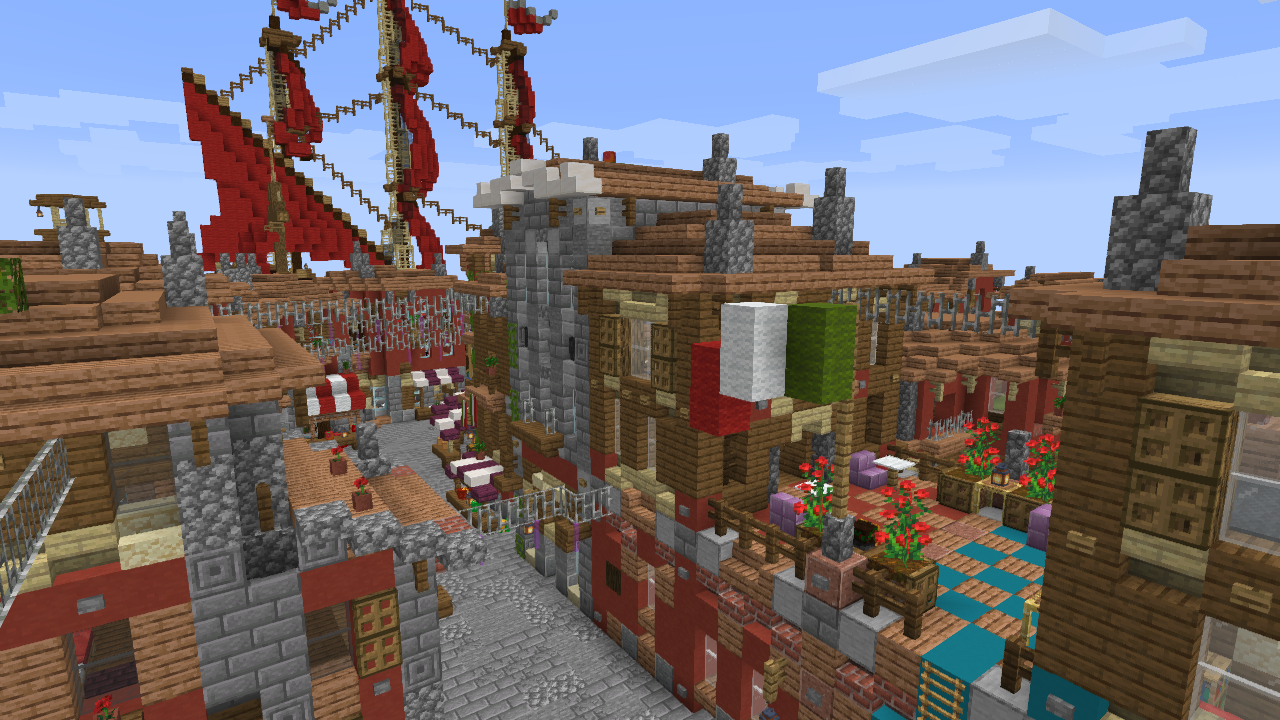 As always, if you have any thoughts on these maps, or the kits, or whatever, go ahead and leave them as a reply to the thread.
Or… The new #athios-feedback channel, on our discord!

Wow a great update... Except for one thing! An all-time leaderboard, for sitting around and fishing? Athios will never get anywhere if that kind of stuff is given recognition and not the backbone of getting new players, voting. Simply preposterous!


GlitchManMax said:
Wow a great update... Except for one thing! An all-time leaderboard, for sitting around and fishing? Athios will never get anywhere if that kind of stuff is given recognition and not the backbone of getting new players, voting. Simply preposterous!
Click to expand...

Yeah fishing is cool, but the all-time leaderboard would promote hub sitting. I know it's a thing players like to do sometimes, but it's disheartening to see 6 players on tab only to join and 5 are afk in hub. I can't imagine what it would feel like as a new player!

GlitchManMax said:
Wow a great update... Except for one thing! An all-time leaderboard, for sitting around and fishing? Athios will never get anywhere if that kind of stuff is given recognition and not the backbone of getting new players, voting. Simply preposterous!
Click to expand...

A tremendous blunder indeed. Voting leaderboards is a marvelous idea. Noted it down.


Yeah fishing is cool, but the all-time leaderboard would promote hub sitting. I know it's a thing players like to do sometimes, but it's disheartening to see 6 players on tab only to join and 5 are afk in hub. I can't imagine what it would feel like as a new player!
Click to expand...

Have to be active to fish though! I think 6 players fishing will be a lot easier to start an SnD game with, compared to 6 players afk.

This is a very great update, always awesome seeing new content and things being tweaked.
People seem to be replying with %f I’m not sure why, but I want to be apart of it.