Hello, and welcome to the end of the first week at Athios!

For this post, we’ll go over all the balance changes that have been made and list all the new maps that will be added to the testing phase!

But first, an important announcement: We now have a Discord! Join us! Join us. Join us.
Any updates/changelogs will be immediately posted in this Discord. We’ll be doing a bunch of other things in there as well!

On the topic of advertising... We've been making the effort to reach out and contact several content creators. Stay tuned!

Kits and other updates:

Marine:
Marine is meant to make choices about when and where to throw its tridents. The prior cooldown of 2 seconds barely left it vulnerable. 3 seconds can feel like an eternity at times, so we’ll be seeing how this feels to play as and against.

Sacrificial has been removed and owners refunded

Sacrificial is a controversial kit. It feels unfair or oppressive to its enemies, while the user themself lives in constant fear. If the kit was made too easy to kill, there would be no point in playing it. If the kit was made too hard to kill, it would be incredibly oppressive to fight against. It is impossible to balance to feel fair to both sides without major reworks.

Wraith’s bow cooldown reduced from 2 seconds to 1 second
Wraith struggles to find a place to be a useful asset to its team. Allowing it to fire faster should let it contribute more to fights.

Burst’s bow nerfed to Power I from Power II
Burst’s bow was too oppressive due to its high direct damage and moderate splash damage. Changing it to Power I will still reward it for accuracy while not making it a better Shortbow.

Demolitions’ Landmine detonation timer reduced from 0.7 seconds to 0.4 seconds
There were multiple complaints that Demo’s landmine did not do enough damage to those who stepped on one. This change ensures that whoever so steps on one will be sure to take a major amount of damage without changing the explosion radius or increasing the damage.

Juggernaut now takes 30% less damage, down from 40%. Medics heal this kit slower and less effectively.
Jugg has had quite a few complaints. We’ll be monitoring its state post-nerf to see how this affects the kit before any further changes.

Known Priority Issues:
-There is a bug related to 1.15 where players may be seen in a state they are not in, such as sneaking, swimming, or sprinting. This is mostly visual, but affects Ghost as it may have sprint particles appear when it is not sprinting.
This is likely to be caused by sneaking and sprinting at the same time.

Feedback for maps should be left as a reply to this thread. The creators can then change or update their maps based on this feedback.

Busy Bazar, by OnettOnslaught and Lexplosion
Chronofield, by Mythless
Crystal Cavern, by Team Fenix
Four Stalk, a 4 team variant of Beanstalk
Hemispheres, an updated version of the map by Giovani and Ruttedbus62940 (+ a 4 team variant)
Keeps, by SirDodgy
Nevermore, by Dave_X and daveandnick
Uncle T's Family Farm, by Triggs9009 and Elacain
Perfect Balance, a complete revamp by WetUnderwear
Soaked Britches, a 4 team variant of Wet Britches
Station Stand-Up, by Martoph
Vertigo, by Giovani

[REDACTED] Laboratories - Now has more cover at the map’s center
Beanstalk - The house interiors have been completely redone! The bomb room keeps the familiar essentials. A mechanic has climbed the Beanstalks.
Ishras - Walls have been added and the dome around the middle gem has been removed.
Rival Castles - The main stairs have been changed and an additional jump up to the bomb tower is now possible.
Apex Expanse - Removed due to higher map standards.
Courtyard - Removed due to creator's request
Floating Isles - Has been removed due to poor gameplay and unbalanced bases.

Please leave your feedback for these maps here! 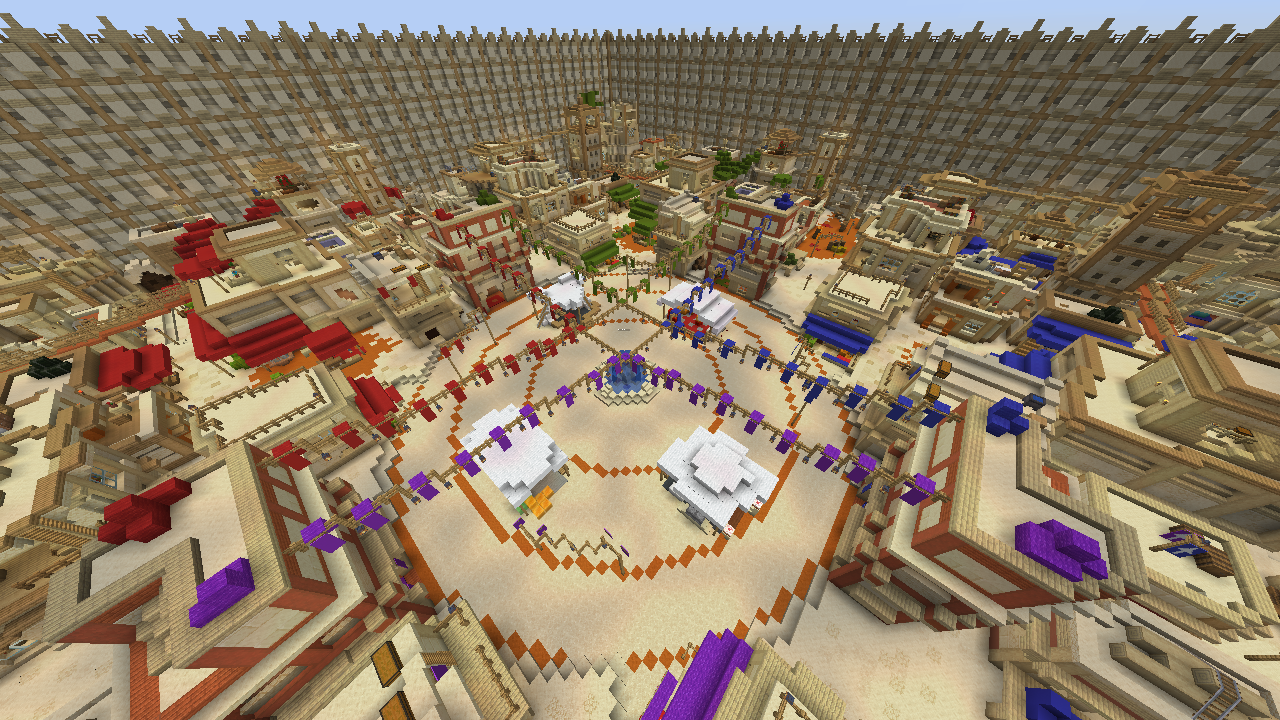 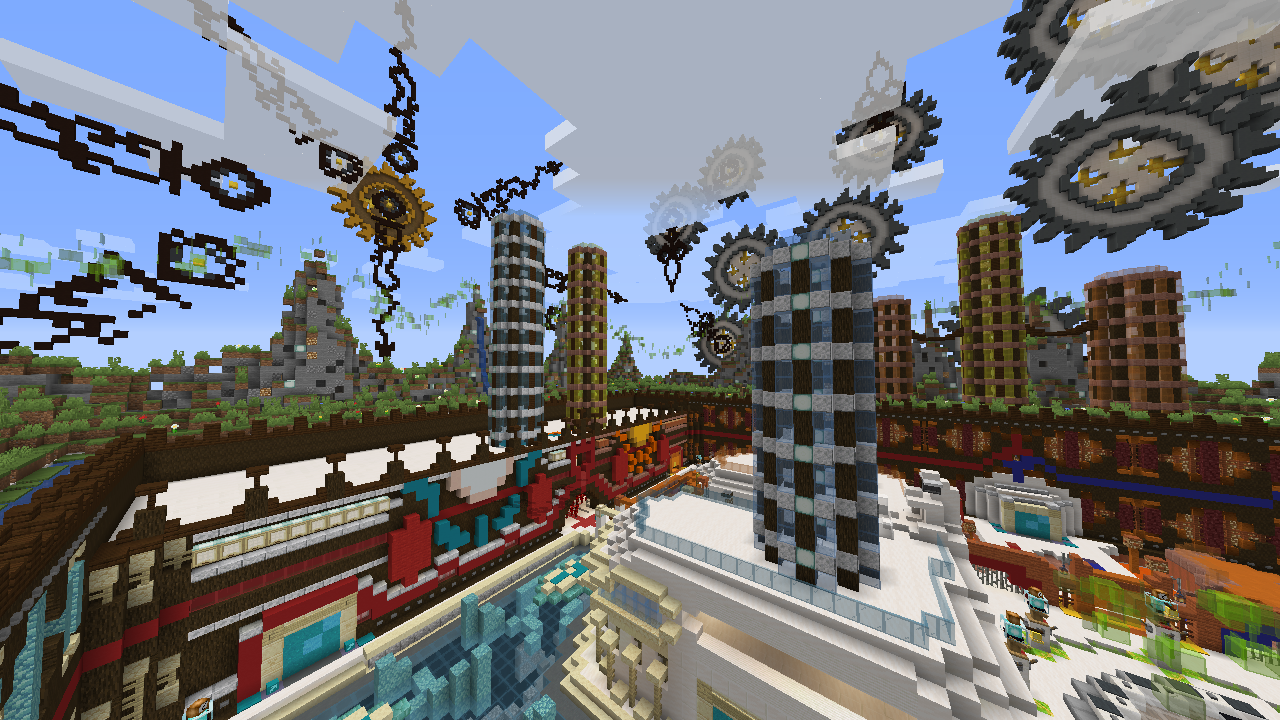 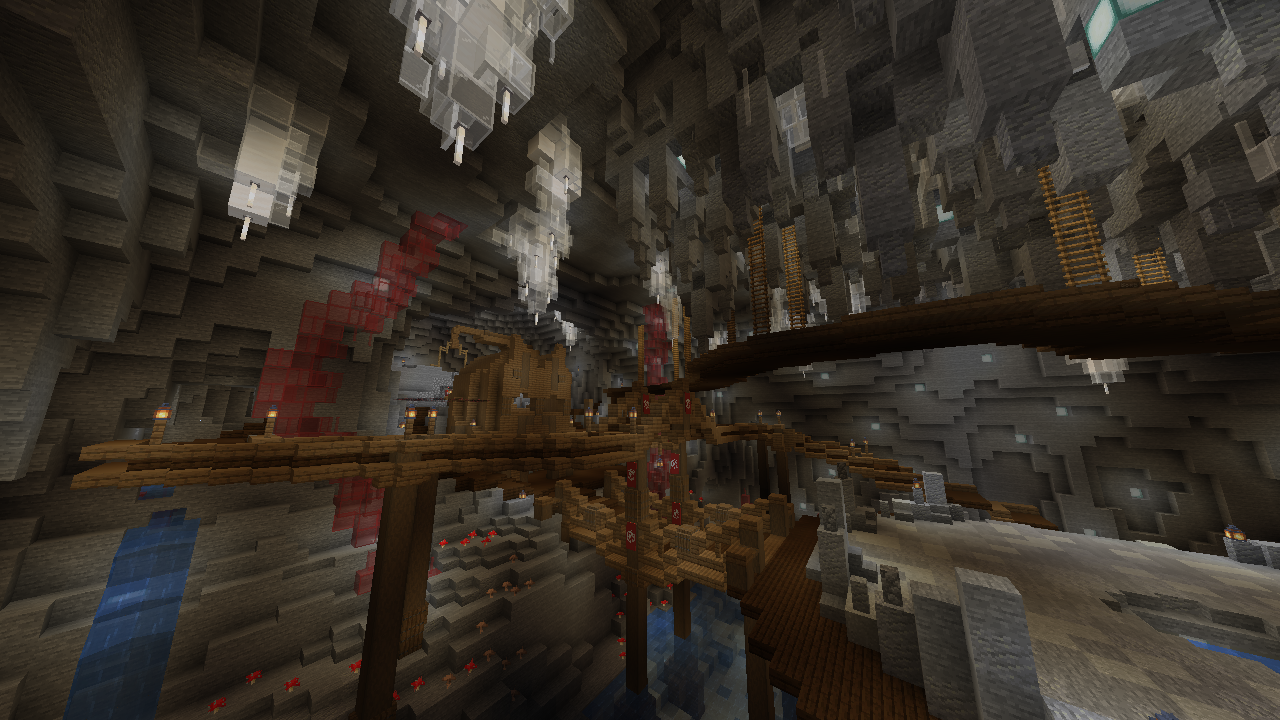 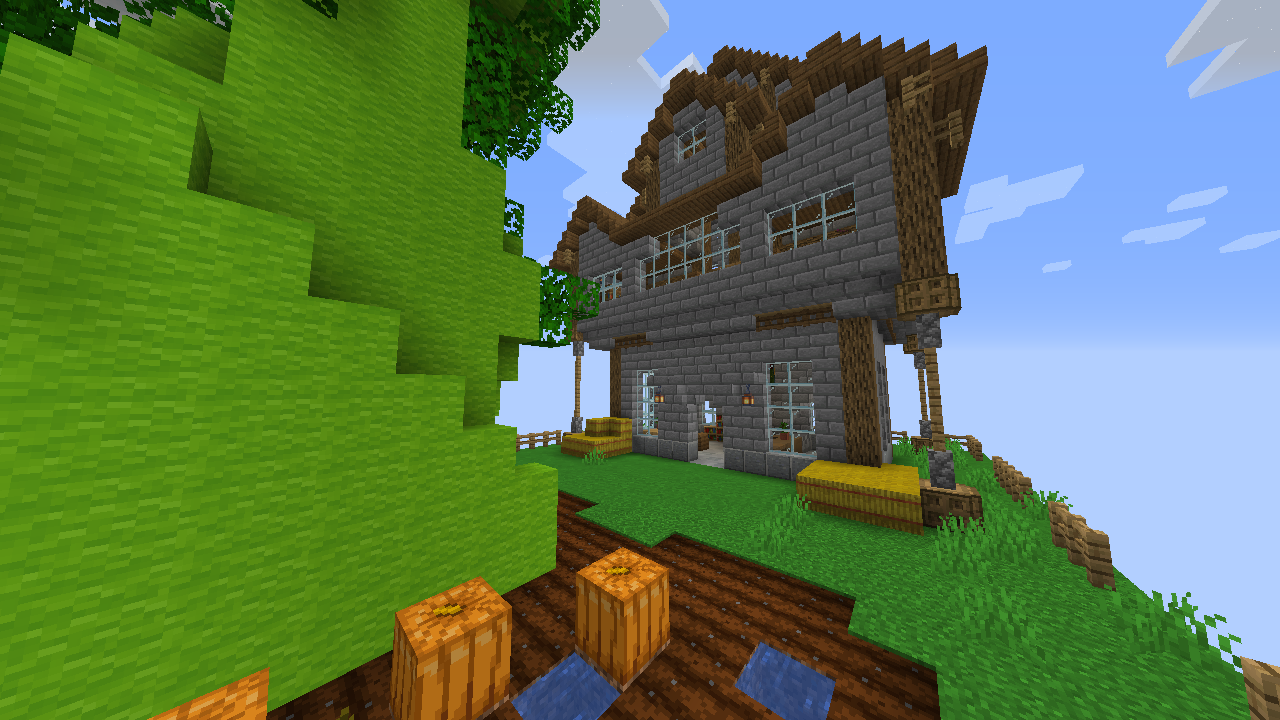 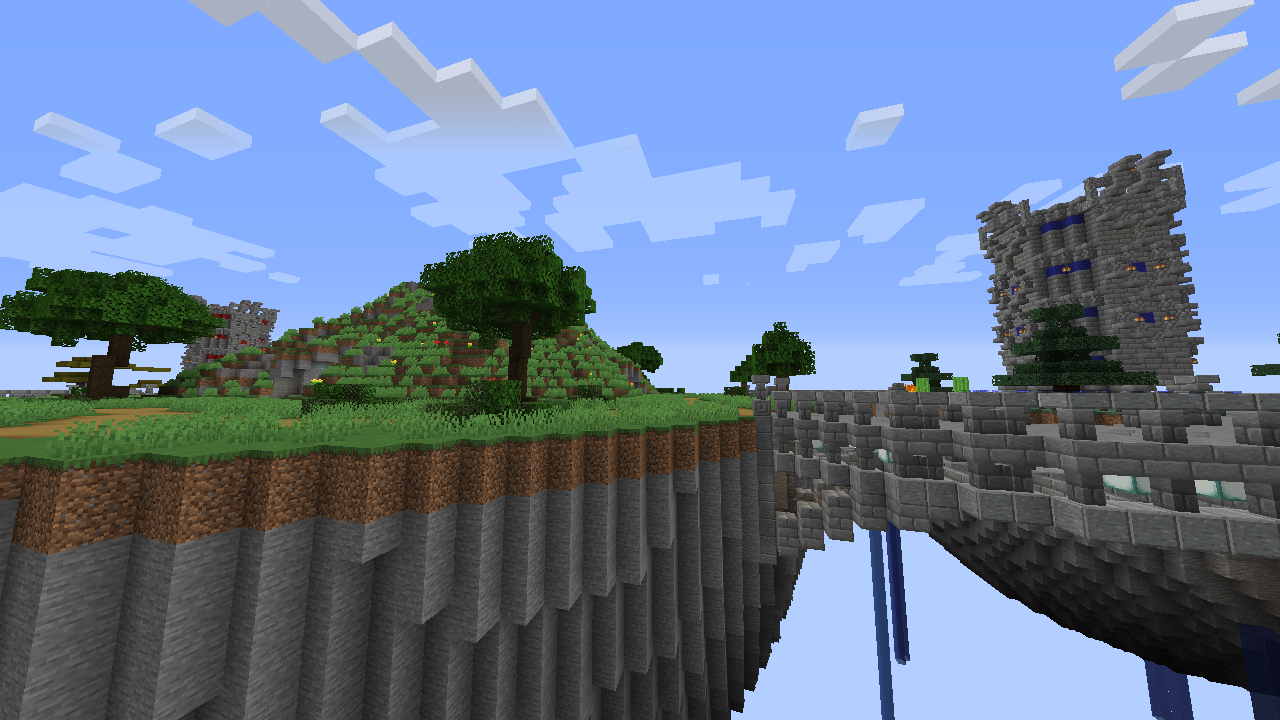 Hemispheres, an updated version of the map by Giovani and Ruttedbus62940 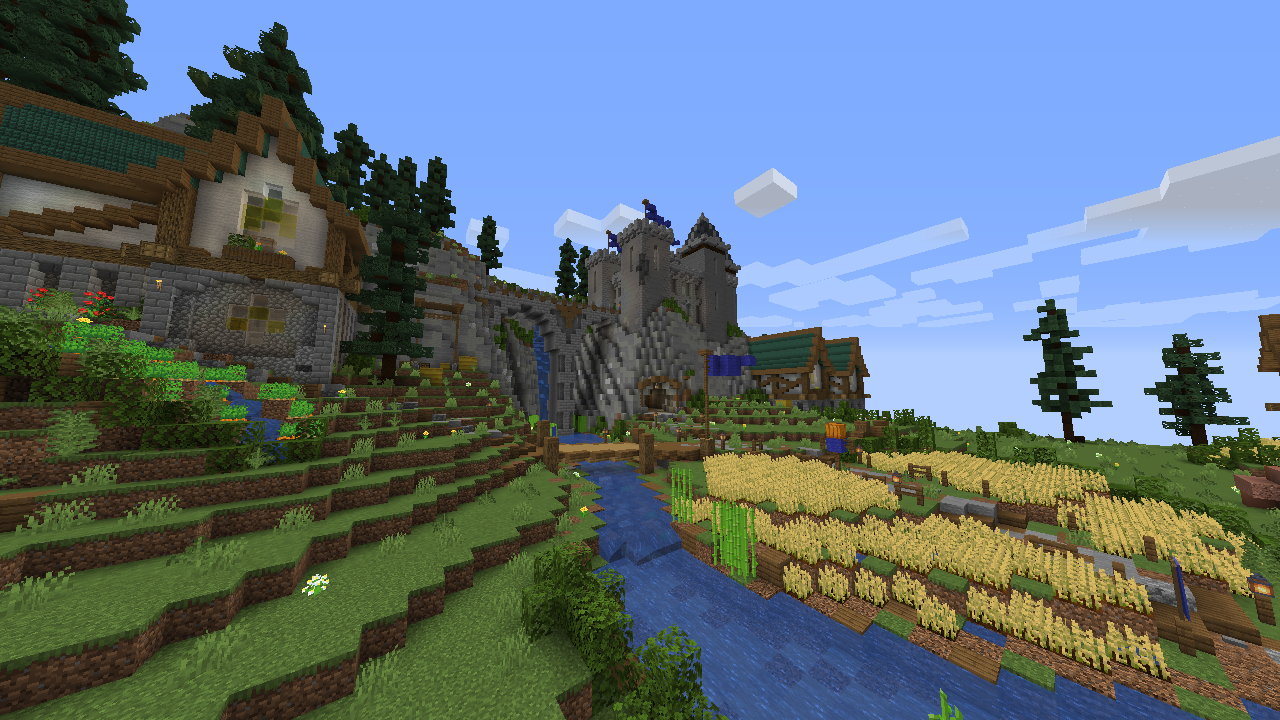 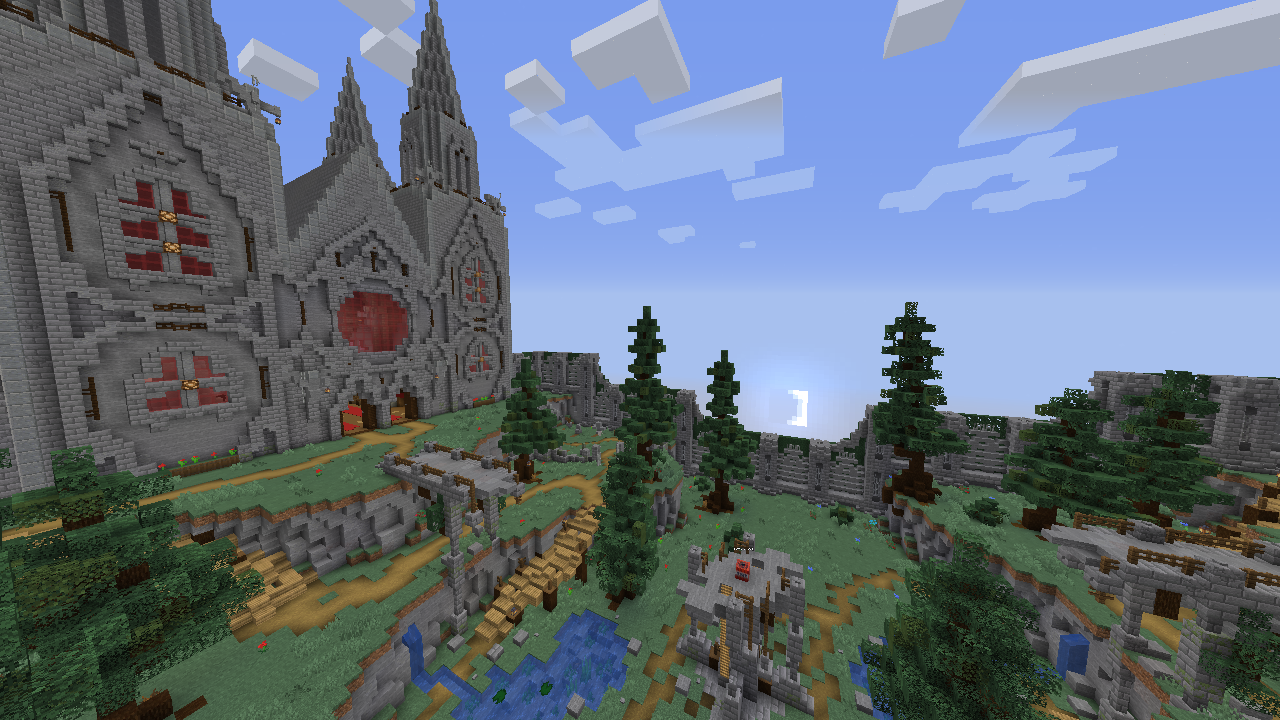 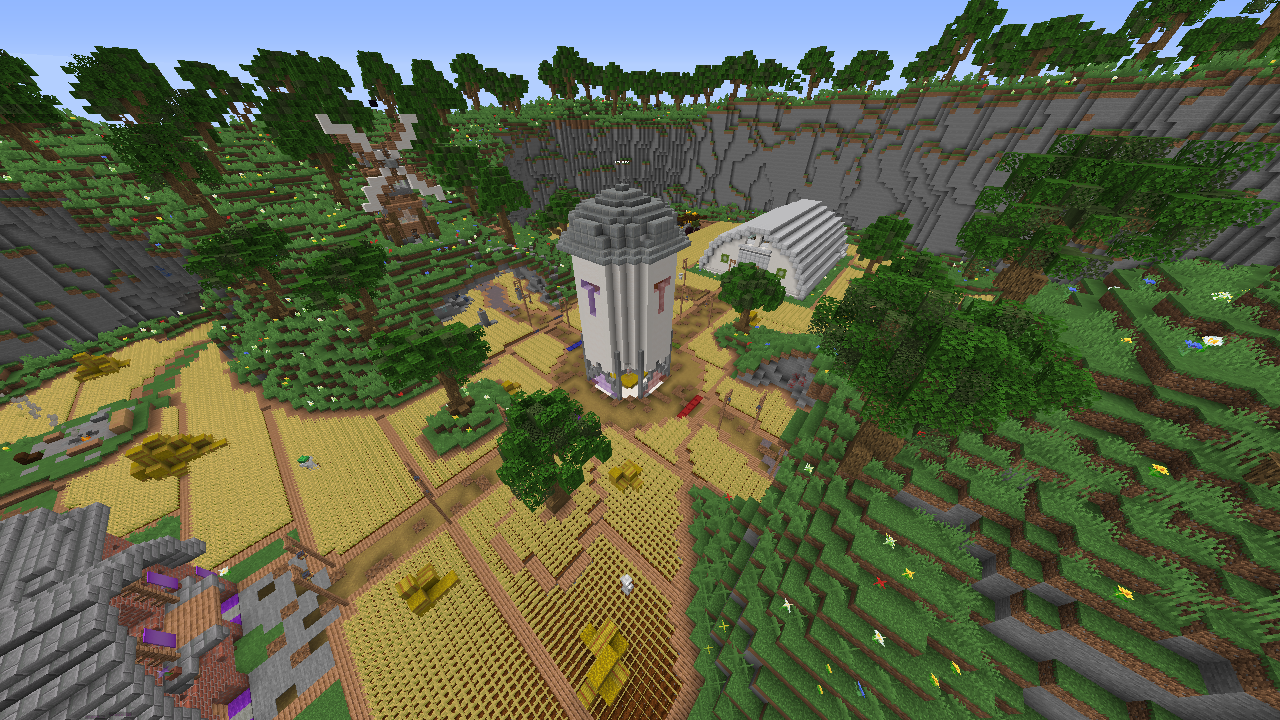 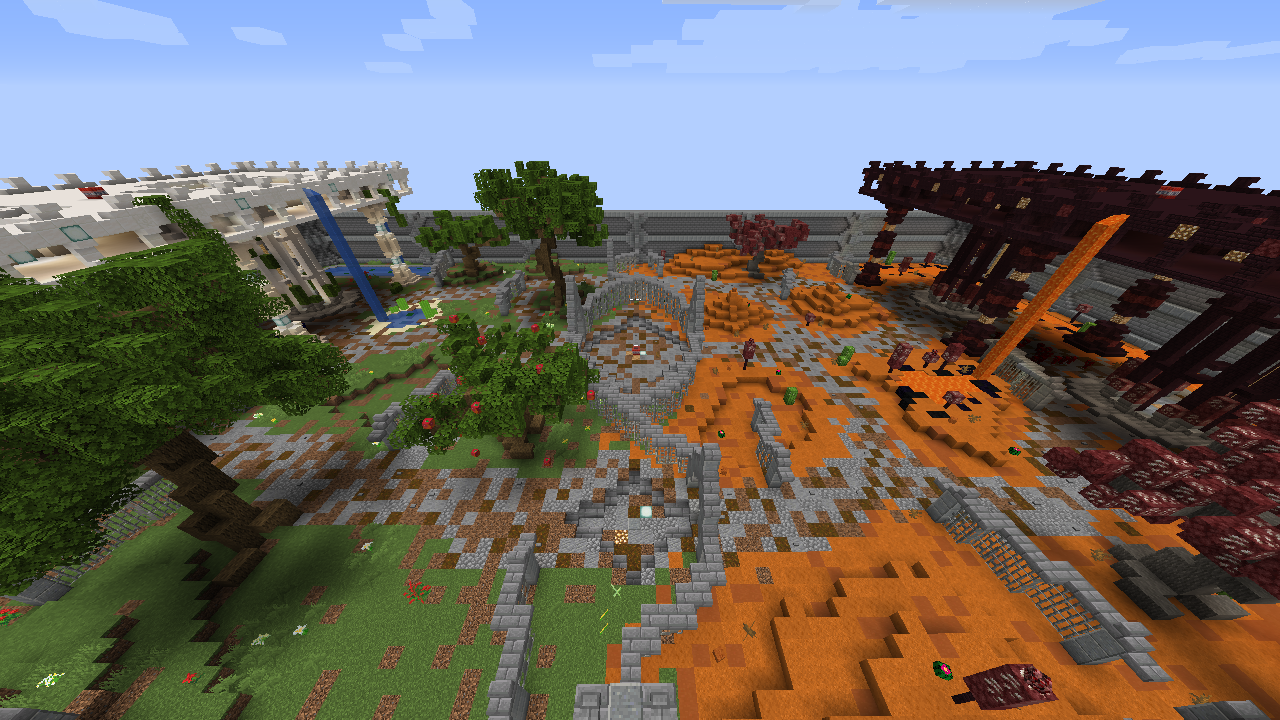 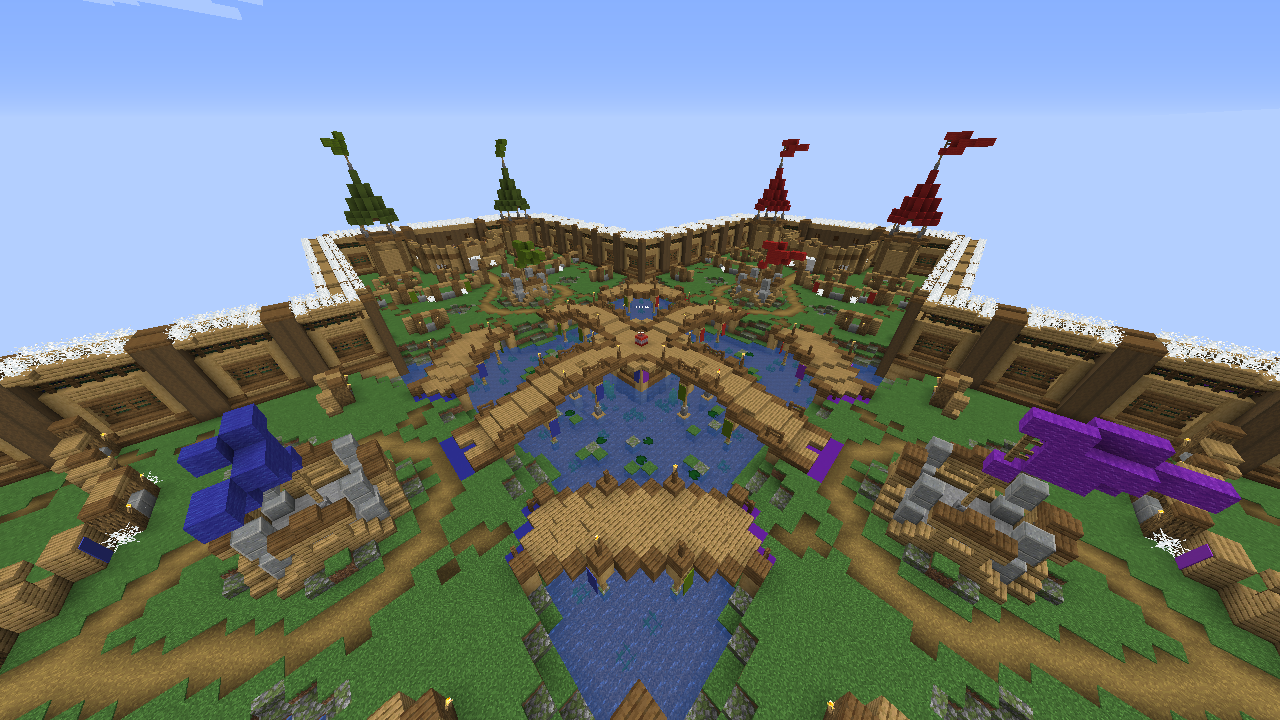 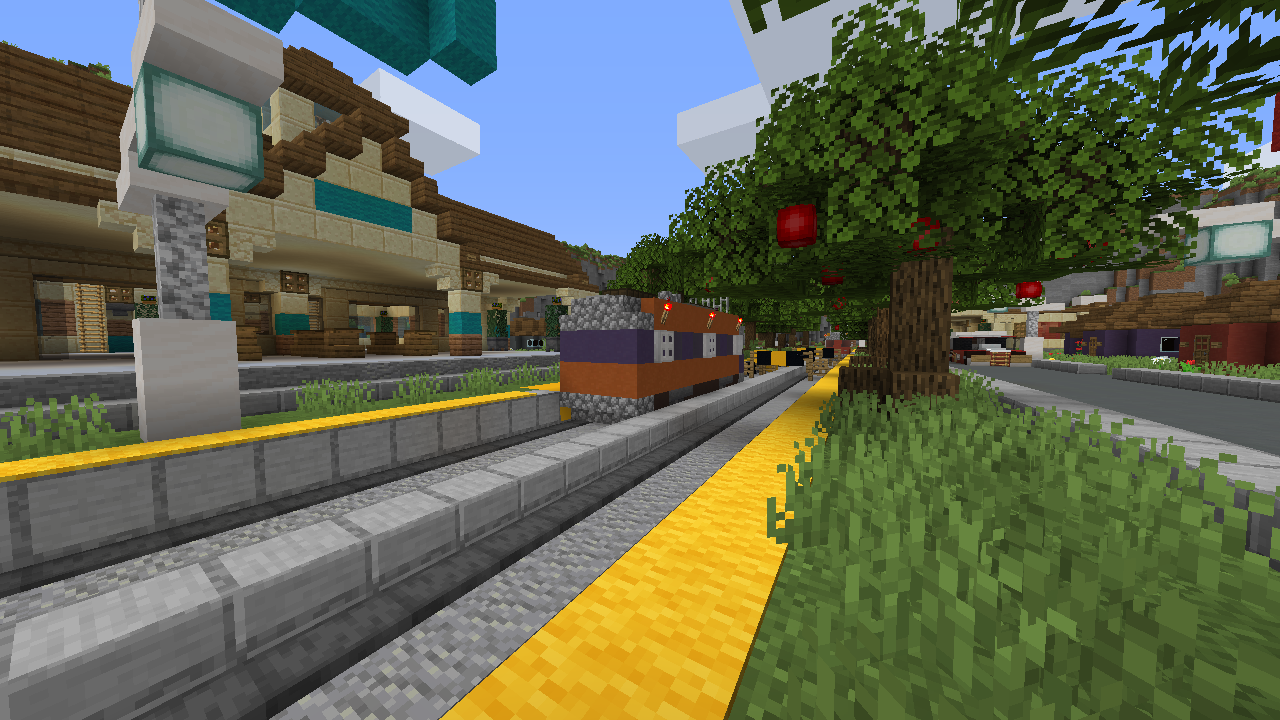 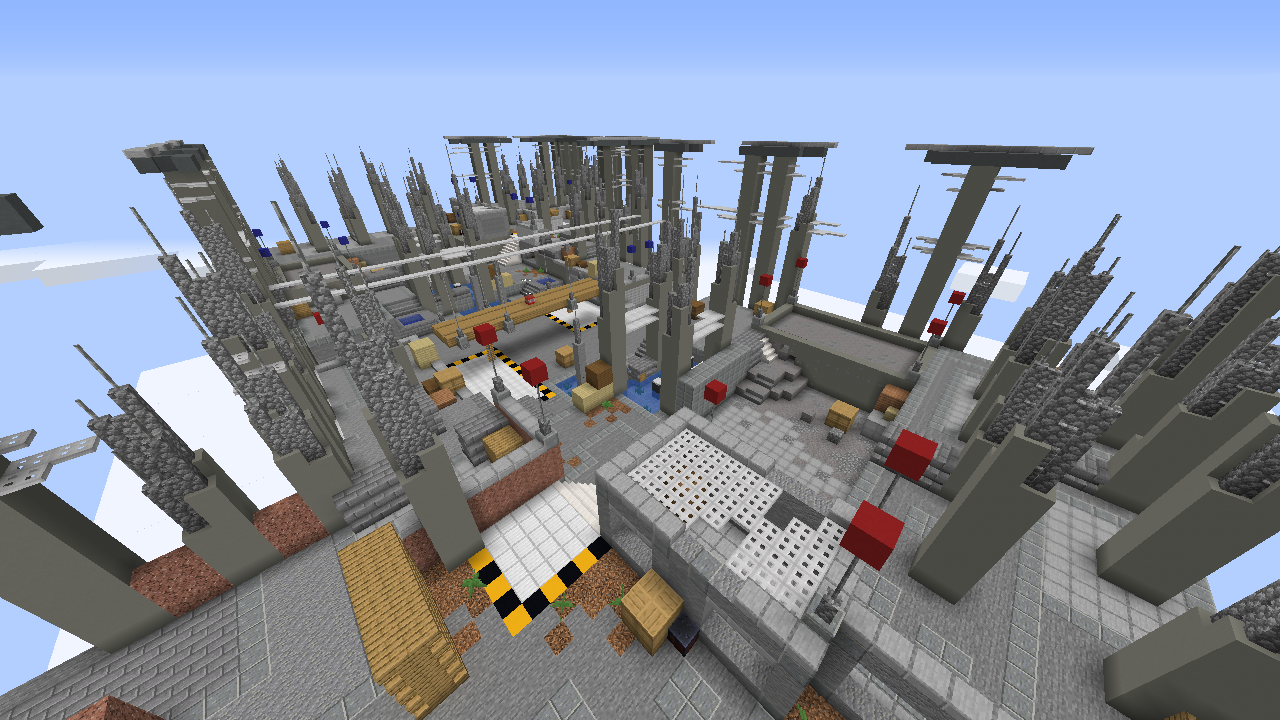 Day One: Launch and Updates

Thanks for joining us for our first day! It was...quite a bit larger than expected

We appreciate you bearing with us through our lag and bugs, and we’re continuing to improve as we go. We know one issue in particular has been credits earned/kit cost. We’re working on re-tuning the credit economy to make the game even more fun and rewarding. We are very aware of the time it takes to accumulate credits and are working on solutions. As of right now, games have a 3/5 credit award for losses/wins respectively, and scrolling achievements will award credits instead of points. We are still looking into other changes we can make.

Kit Updates
These changes may not immediately be reflected ingame, but will be added in the next few days!
We currently working on resolving the issues with Spy, Skinner, and Teleporter. Thank you for your bug reports!

We’ve got a lot more planned, and this is just the start! Thanks for sticking around and believing in us :)
Continue…

A note on ranks

Here is a FAQ of some stuff regarding ranks. Short, but necessary.

Will backer be available after launch?
Yes. 1 week after until Friday, June 12 11:59PM EST

What will backer/VIP include?
This information should be found in the package description at the store page.

Does this mean VIP will take long to be processed?
No, VIP will process as normal.

Does Backer receive VIP?
Yes, It will come with 2 months of free VIP. Like regular backer, this will be processed with the rank. Feel free to purchase VIP in the meantime, this will add on to whatever current VIP you have.

Can I get admin rank?
Yes, It's on the shop.
Continue…

3 Days until launch! Additions/Changes that will be featured!

The purpose of this thread is to go over what features and changes you can expect to see on Athios, and believe me, it's more than just small changes! These changes reflect what has changed since RWF 2.0.
Changes
Additions
This is the large bulk of items that have been changed/added, maybe there are other changes in as well? Achievements and Cosmetics will constantly be added after launch, and we are looking for suggestions! Be sure to use the suggestion forum for that.

Welcome to the server! While the forums are up, the server is yet to launch. Once it’s up, you’ll be able to join using the ip play.athiosmc.com on Minecraft version 1.15.2.

When do we launch? June 5th, at 5pm, EST! Not your timezone? We’ve got a countdown timer on the right side of the website, I’m sure you’ve seen it by now.

Let’s be real. This is why you’re here. Well, it’s back, and better than ever! New kits! Old kits! New maps! Old maps! We’ve got it all!

As part of the launch, all players will be given 250 credits to start for joining during the first week. Buy a cheaper kit or save up!

This should probably be emphasized… But this isn’t RedWarfare 3.0! While based off of the original libraryaddict code, we’ve revamped and updated it to make it work in the latest Minecraft versions as well as rebalanced several aspects of the game, from kits to poison mechanics! If you’ve played RedWarfare before, it should feel very familiar!

This does mean that anything from any previous servers will not carry over to Athios. Please avoid calling Athios RedWarfare 3.0 because Athios is not related to, nor represents, libraryaddict or the RedWarfare community! This also pertains to the RedWarfare discord. Please keep all Athios-related discussion on the forums.

Yes, we’ll be having normal, no hit-cooldown combat. None of the 1.9 stuff. We will, however, be taking advantage of what we can access by using later versions of Minecraft. Look forward to seeing Crossbows and Tridents!
We’ve also disabled all the weird 1.9 combat sounds!

What about ranks? You want to support us? Up to you!

We’ve got two hot options for you!

The VIP rank is a subscription for $4.99/month or a one time purchase of $26.99 for 6 months. A full description of what VIP offers can be found on the store website. This will be offered at server launch.

The Backer rank is an exclusive rank only being offered from the time of this post until 1 week after the server launches.. The intention of this rank is to show your support and your love for Athios and SnD. For this reason, and because it’s very exclusive, it will not offer any unique cosmetics other than the green tag. A minimum donation of $20 is required to receive the rank.

Anything Else?
If you haven’t already, feel free to take a look at other pages such as the Rules page, Map Submission Guidelines, etc to familiarize yourself. As time progresses, the forums will be upgraded and tweaked as well.

Did we miss anything? Respond to this thread! Engage with the community!
Continue…